June is at an end; it has been a very busy month leading up to VBS this past week at Grace Baptist Church in Kemmerer. The weeks before were filled with preparations for VBS. Elizabeth spent many long (albeit enjoyable) hours at the church working alongside Mrs. Hartman to create, paint, and stage all sorts of Arctic-themed decorations. James helped Pastor with handing out flyers throughout our community and going door-to-door in various neighborhoods to invite the children. 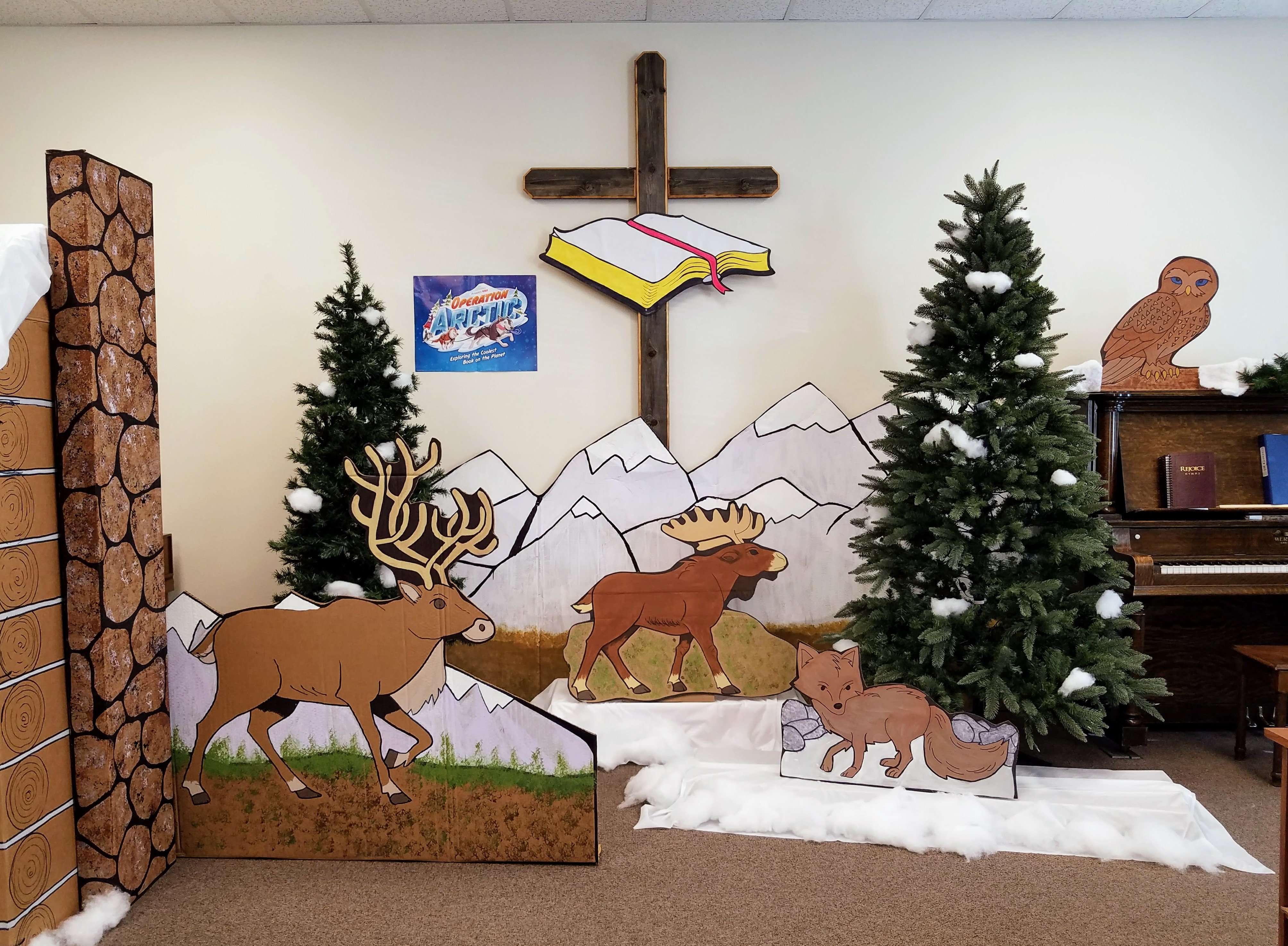 Last week's Bible school meetings went fairly smoothly, although we only had a small handful of adults leading things, so we were all wearing many hats! Once again, James did all the tech work, as well as leading the opening assembly each morning and helping out as needed in the lesson and craft times. Elizabeth played the piano for the opening assembly, assisted in leading the younger kids (ages 4-7), and helped with craft and game times for all the kids.

God brought out around 20 kids throughout the week, many whom had attended in previous years, along with a few new faces. Our lesson themes were focused on the Bible, and the kids seemed very attentive and eager to learn. Even the little ones were excited! And we are praising the Lord for one profession of faith among the older girls! Pastor and James will be following up with her, as well as the other families who attended, over the next few months. 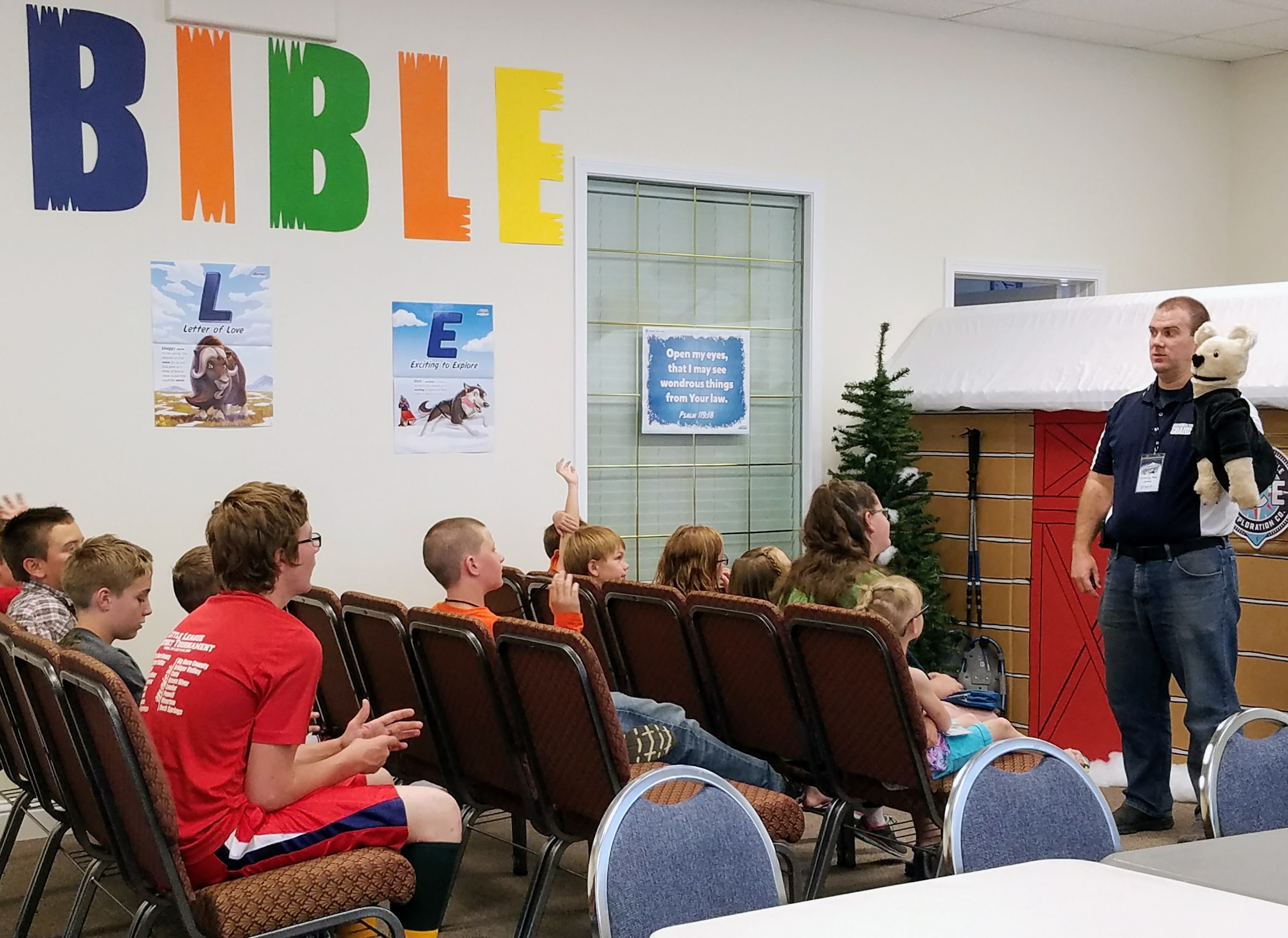 In the midst of all that, we also both continued juggling our regular work and ministry responsibilities, and James was also helping at the motel owned by one of our church members (the one we lived in for a month when we moved here last year). The Hartman's had to be away for a bit, so Elizabeth carried the responsibilities for children's church for almost a month, while James led the Bible study in Cokeville and preached for Sunday services in both Kemmerer and Manilla, UT.

We are looking forward to some much-needed downtime next week as we celebrate our tenth anniversary, and then we will be right back at it with James having a three-day drill ministering to soldiers. We are continuing to reach out to pastors to begin setting up deputation meetings. Please be in prayer as we seek God's provision to allow us to be ministering full-time. The past few weeks, which overflowed with VBS and other ministry responsibilities, have made it abundantly clear once again that we need full-time support to give us the freedom to minister and do the work of church-planting without the extra burdens of an additional occupation.

We are looking forward to our first meeting on September 17th at Faith Baptist Church in Reidville, SC. We will also be helping our mission board, Northwest Baptist Missions, at the BJU Global Opportunities Conference in October. If you're in that area and want to have us come by your church - please let us know! We'd love to share our burden for sharing the Gospel in the Western US, and our vision for seeing churches established in Cache County, Utah.

Lastly, please be in prayer that God would bring along some co-workers to be partners with us in the work in Cache County. We are praying especially for an older couple and younger couple to come and multiply the work with us. Over the past year of serving in Kemmerer, we have observed firsthand the need for a small team to work together, share responsibilities and perspectives, and support one another through difficult times of loneliness, weariness, or any other number of challenges prevalent on the mission field.

Here's how you can pray for us specifically:

We so very much appreciate your support!

For the Sake of His Name,
James & Elizabeth Johnson